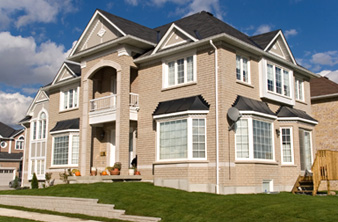 Bradenton/bredntn/BRAY-den-ton is a city in Manatee County, Florida, United States. The U.S. Census Bureau estimated the city's 2012 population to be 50,672.[4] Bradenton is the largest principal city of the Bradenton-Sarasota-Venice, Florida Metropolitan Statistical Area, which had a 2007 estimated population of 682,833.[7] It is the county seat.[8] The area that would become Bradenton (originally spelled "Bradentown") was first explored in 1539 by the Spanish during the famous expedition led by Hernando De Soto. Bradenton was established in 1842.[2] The original town of Bradentown was incorporated on May 19, 1903. The city took the name of Dr. Joseph Braden, whose nearby fort-like house was a refuge for early settlers during Seminole Indian attacks. The current city of Bradenton was formed in 1943, when the Florida legislature merged the cities of Manatee (incorporated in 1888) and Bradentown.[9][2]